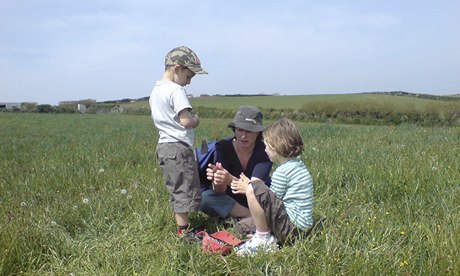 Not in front of the children

An edited version of this article was published in The Guardian, 10 November 2013

‘We’ll have to stop swearing soon’, I said to my friend a few years ago as we watched our small children playing together.

‘I’ve given up,’ said my friend, ‘I stopped last Monday and I haven’t sworn since.’

‘What?’ I said, ‘you stopped, just like that, no clever techniques or gradual weaning-off?’

‘Yes, I just stopped overnight, it’s not appropriate for this part of my life.’ She said, nodding over at her little boy and lighting a fag.

That night I told my partner the news. ‘Stella’s stopped swearing,’ I said, ‘we’ll have to give up now.’

My partner and I are fond of swear words. I especially like the bad ones and he’s partial to the kind of inventive phrase you might hear on South Park. I was raised by an ardent and profuse swearer – that’s my excuse. My partner was raised by non-swearers – that’s his. Anyway, the point is, as a couple we have always done it and enjoyed it.

Once, when heavily pregnant with our second child, I took a risky shortcut across an icy manhole cover and slipped to the ground. Seeing this, my partner rushed over and called me a c*nt. He also helped me to my feet and checked I was OK but first and foremost he felt he had to point out what a c*nt I was for putting our unborn child and myself at risk.

It was the same when he had a fall on a ski trip and had to have a cut stitched. Before it occurred to me to ask how he was, I instinctively called him a f*cking tw*t for going off piste.

Anyway, knowing Stella had gone cold-turkey on the swearing front, I was determined that we’d give up too (‘f*ck,’ I said, ‘if she can do it, we can.’) and while our children were small we did our utmost not to swear in front of them and mostly did very well. Apart from the time we took the children to see Father Christmas at our local garden centre and my partner referred to him afterwards as an uncle f*cker and only got away with it by telling the kids it was a kind of old person’s sock.

During daylight hours we’d use friendly substitutes such as sugar, fudge and the occasional heck and made up for it after the kids had gone to bed and swore at each other and at the telly until we went to bed. We didn’t even say ‘shut up’ or ‘idiot’ during the day, even if provoked, and asked my sweary mother to take care (which she did mostly). If the children were really badly behaved I’d sometimes say they’d have to go next door to an eccentric old lady called Freda, to help groom her cats. Or I might tell them they’d been put up for adoption, but these threats were entirely unbelievable and, more to the point, swear-free.

We were disciplined about it and, though it was sometimes like trying not to cough at the theatre or yawn in a meeting, I honestly don’t think they heard a single swearword from us (not counting Uncle f*cker) until they were well into Key Stage 2.

Soon the children were ready to move on from sugar, fudge and heck. They’d found swearwords of their own and had discovered the wonderful shock value of a well-placed cuss. I was pleased. I was never going object to my kids swearing (on the contrary), I was just keen not to be blamed for it.  To our delight they got hold of slightly wrong versions of some traditional words and soon ‘ficken’ ‘crump’ and ‘crud’ were established as really bad words, plus ‘bloody’ which they’d heard on Jam & Jerusalem and was thought to be bad but in an everyday sort of way.

Knowing that our happy acceptance had taken the shine off sugar, fudge and heck we’d pretend to be surprised and a tiny bit shocked when either of them slipped out the new words. And once when a farmer on the telly referred to ‘tractor crud’ we all gasped admiringly and said how bloody rude.

The young daughter of a writer I admire grew up thinking the worst swearword was ‘Ugthorpe’. That’s because she asked what the worst swear word was and the mother – being clever and quirky – came up with ‘Ugthorpe’.

I was interested (and jealous) when I read about this because my son had just about then asked me that very question and I’d reluctantly decided he wasn’t quite ready for the truth and had come up with yet another fake.

‘What’s actually the worst swearword?’ he asked, ‘I know there’s one than worse than ficken and crud.’

The word I seized upon was the slightly disappointing ‘Hale’. We were on our bikes on a lane by a parked car and there was a sticker in the rear window advertising a car dealer – Hales’ Cars.

Then, very soon after, I heard about Ugthorpe and I wished I’d known about it when I was on that lane coming up with the disappointing Hale. Not only did I much prefer Ugthorpe to Hale, it being a fantastic word but also my kids wouldn’t now have a piano teacher called the equivalent of Barbara C*nt.

I tried to switch from Hale to Ugthorpe but my son was perfectly happy with Hale and had started using it in moments of stress – when his bike got jammed in the shelter or he’d been asked to empty the dishwasher. Also, he wasn’t convinced Ugthorpe was actually a swearword at all but a nice place by the sea where his friend’s nan lived.

I still liked Ugthorpe though and wanted to pass it on. I rang my friend Stella to suggest she have it ready for when her son, now aged nine (the same age as my son) asked the worst swear word question.

‘I won’t need Ugthorpe thanks, he’s known about f*ck and c*nt since we moved to Scotland,’ she said, ‘and I’m back swearing myself now.’

I was starting to regret the phone call. Not only because of Stella being such a show off about her son’s swearing repertoire (him apparently having gone from poo and twit straight to c*nt without all the fakes and fudges) but also because after all the showing off she began to ask philosophical/linguistic questions about it all – ie the number of people required to think of Ugthorpe as the worst, rudest word in the world, before it would actually become that.

It was time to put the phone down and go and tell the children the truth about Barbara Hale.

An edited version of this article was published in The Guardian, 10 November 2013